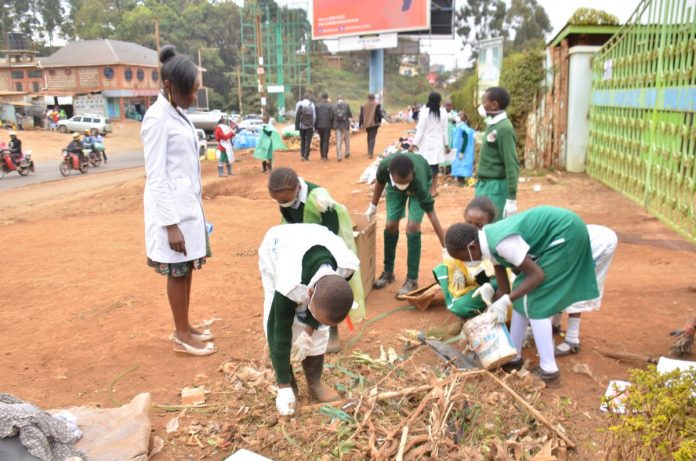 The government has revealed plans to put up more than 10,000 classrooms ahead of ahead of transition of learners from primary to junior secondary schools.

This was announced yesterday by president  Uhuru Kenyatta during mashujaa day celebration.

The Head of State directed the National Treasury to allocate Sh8.1 billion for the project to support the primary to secondary school transition in the Competence-Based Curriculum (CBC).

“Ministry of Education, jointly with Ministry of Interior and the National Treasury, shall establish a framework for the construction of the over 10,000 classrooms needed to provide the additional learning space required for the one million new students set to join junior secondary,” said Uhuru in his Mashujaa Day speech.

Uhuru further appealed to MPs to give the programme priority in the National Government Constituencies Development Fund by constructing another 10,000 classrooms.

He said: “I call on all Members of Parliament to stand together in solidarity with our children by prioritising allocation of the CDF towards school infrastructure,”.

Ultimately, 20,000 new classrooms will be constructed by 2023 when the first CBC cohort will join junior secondary schools.

The president said the classrooms, each at about Sh810,000, should be constructed by contractors based near the schools, and the money will be “remitted directly to the contractors in their respective sub-counties.”

According to statistics, total number of Grade Six and Standard Eight learners expected to join secondary school will be about 2,571,044.