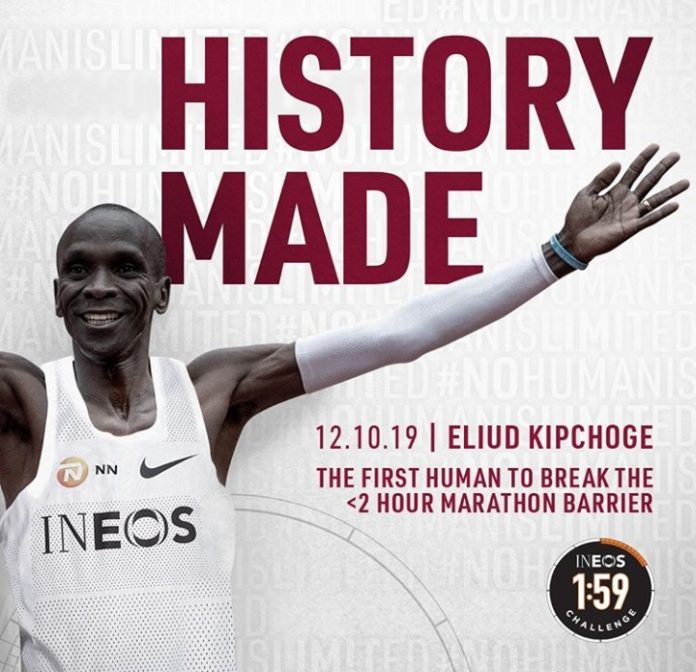 It is a victorious morning for Kenyans and the world at large as Eliud Kipchoge breaks the world record of running 42.195 kilometers in under 2 hours.

He managed to break the record by running the distance in1:59:42:2 hours.

On 6th May, 1964, Sir Roger Bannister ran for 1:59:59 hours and so 55 years later on the same date, Kipchoge announced that he would be competing against time to break the record.

His win has come in handy to challenge each and everyone of us to push ourselves to be even better in whatever we do best.

748 Air Services that has grown into one of the most reliable companies in the region is pleased to announce the resumption of daily...
Read more
Breaking News

Bluebird Aviation is one of the leading regional airlines that has reported a slight rise in demand for its private charter flights since the...
Read more
Breaking News

The Kenya Universities and Colleges Central Placement Service (KUCCPS) has extended the school/centre application period to April 16, 2021 to allow schools that have...
Read more
Breaking News