How to join Recce Squad in Kenya, Qualifications, Recruitment, Training and Their Salary 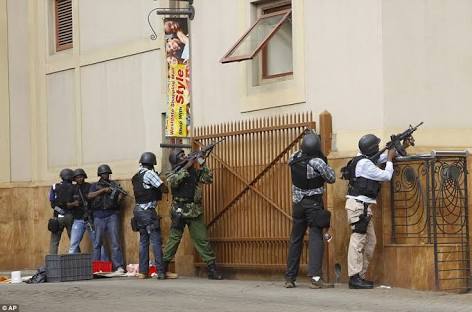 Recce squad is a special unit force under General Service Unit- GSU, whose headquarter is found in Ruiru. Although the group has been existing it came into limelight when it carried a successful rescue mission in Westgate attack. It is also the the same unit that rescued Garissa university students during Garissa attack.

The unit comprise of officers who are highly trained and skilled since they are obliged to carry delicate and most dangerous operations.

These are basic requirements for one to join Recce squad;

For one to be recruited, he must undergo a rigorous exercise after which those who are successful proceed to GSU training in Embakasi. During this training, those who emerge the best in performance and academics further proceed to a 7 months specialized training in explosives handling, VIP protection, security of vital installations, detonating explosives and rescue operations. After completion of this specialized training, they are incorporated into any of the Recce Squad unit depending on their area of specialization. Further training is accorded to few officers. This one takes place in countries like Israel and America. Those who successfully complete this training join a special unit of Recce squad called rendition operation team.

This is an undercover counter terrorist unit on board commercial flights to counter aircraft hijackings.

This one is alway on standby to go into action when situations uncontrollably get out of hand.

This one is trained in Israel and America. It is usually deployed to perform delicate and sensitive security operations.

Although, Recce squad are highly trained and skillful, their pay is wanting. This has seen most of them resigning to join private security sectors where they are paid well.

An expensive car speaks a lot about the person who owns it - their financial status and their style.  Owning a car in Kenya is...
Read more
Jambo Info

What Are The Benefits Of Gaming At An Online Casino?