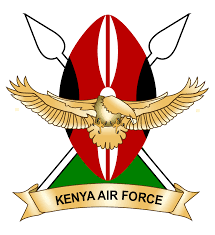 Kenya Air forces ranks is divided into two divisions the Officers And Airmen Officers depending on roles played.

The officers: they are the managers, problem solvers, key influencers and planners who lead Airmen Officers in all situations. are responsible for leading and training airmen.

The table below shows in descending order of importance the Kenya Air Force officer ranks:

Airmen Officers: This is a military officer who is given authority by an officer, but he or she is not technically considered to be in command.

The table below shows in descending order of importance the KAF airman ranks:

The Independent Electoral and Boundaries Commission (IEBC) has advertised 400 positions for signature verification clerks after it received funds from the National Treasury to...
Read more
Jambo Jobs

The M-PESA Foundation Academy is a state of the art, coeducational and residential secondary school established on a modern campus of 75 acres, 45...
Read more
Jambo Jobs