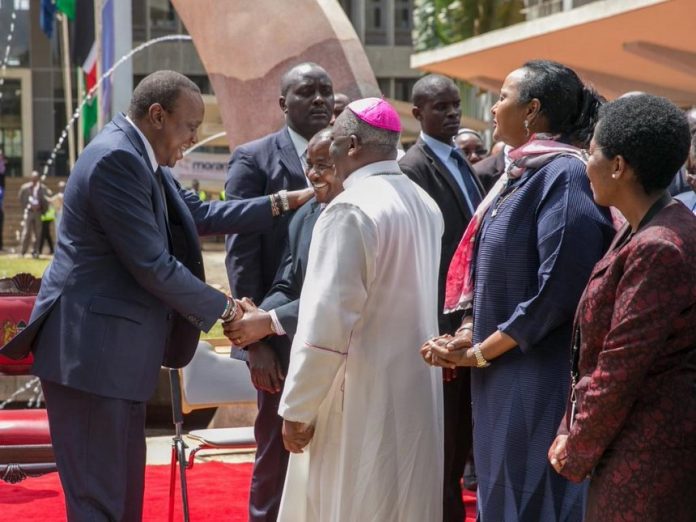 “The ongoing delocalisation program has created some unforeseen challenges that have, in some instances, affected families negatively. We are reviewing the policy guidelines to ensure that the program is not implemented to the detriment of families,” said President Kenyatta.

The Head of State issued the directive when he officially opened the Catholic Schools Principals Conference being held at the Catholic University of Eastern Africa in Nairobi.

Delocalization policy was mostly targeting school’s heads whereby they were being transferred from their home counties in abid to enhance effectiveness.

The President also announced all education institutions built and managed by faith-based organisations will get title deeds to guard against land grabbers.

“I’m happy to report that my administration, with the support of Kenyans and institutions such as the Church, has made remarkable strides on all the four fronts,” Uhuru said.

KNUT secretary general Hon. Sossion was against the delocalization policy and he had threatened to lead teachers in strike if the Commission was to continue with the program. The following are issues that teachers have also registered their d;