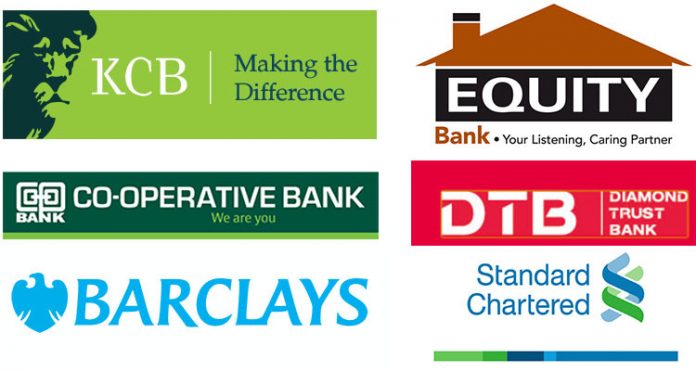 Banks have become a core need in our economy. This is because they not only enable you to deposit and withdraw money but they also give you a platform to save, invest and acquire loans at reasonable rates. We have so many banks in Kenya, thanks to economic growth and development. Today, I would love to let you in on the top 10 best banks in Kenya as listed below

Founded in 2015, the KCB has been one of the fastest-growing licensed commercial banks in Kenya. It is currently the largest bank in Kenya in terms of asset value. It has since spread roots to Uganda, Tanzania, Ethiopia, South Sudan, Rwanda, and Burundi. Its latest feature is the KCB Mpesa which enables you to get a loan if you are a registered Safaricom user.

It is one of the youngest banks of Kenya, having been founded in 2014. Equity bank, just like any other bank, offers services and products such as savings and investments, mortgages, loans as well as microfinance. It was founded in Nairobi, Kenya and later spread across Uganda, Tanzania, South Sudan, Rwanda, and DRC. Its lending rate is at 13% interest rate p.a. The introduction of the Eazzy app made it so easy for clients’ banking needs.

It is commonly referred to as Stanchart Kenya. It is a subsidiary of the British multinational financial conglomerate. It was founded in 1910 and its headquarters are in Nairobi, Kenya. In 1989, its stock was listed on the Nairobi Stock Exchange, offering 21 million shares to the public. Unique services include infinite debit card, exclusive globally recognized credit card, convenient digitally-enabled banking and payment services, and preferential pricing. Its latest feature, the Mobile Banking app, has made it so easy for clients since they are able to carry out transactions at the comfort of their home.

It is owned by the Absa Group Limited. Its products include mortgages, savings, investments, loans and credit cards. It was established in 1916 and got licensed by the Central Bank of Kenya and has since become widespread in towns and cities in Kenya.

Founded in 1965, Coop bank has become one of the best performing commercial banks in Kenya. It boasts of 10.44b profit in half-year 2019.

It is an affiliate of the Aga Khan Development Network. It was founded in1945 and has since spread its roots to Burundi, Tanzania, and Uganda.

CBA was founded in 1962 in Dar es Salaam, Tanzania. Later on, it spread to Kenya and Uganda. It currently boasts of being the largest privately-owned bank in Kenya. In December 2018, there was a proposal for it to merge with NIC bank which will mean a transfer of NIC bank shareholding to CBA. Success in this will see CBA loop as the third-largest bank in Kenya, valued at ksh444b in terms of asset value after KCB bank and Equity bank.

It was founded in 1974 as an investment and mortgage limited, hence converted to a commercial bank in 1996. Its headquarters are based in Nairobi, Kenya but it has subsidiaries in Kenya, Tanzania, Rwanda and Mauritius. It was among the first to list its stock on the NSE.

It was founded in 2017. Initially, it started off as a Non- Bank Financial Institution before it got licensed later on. CBA proposed for a merger in December 2018.

It was founded in 2008 through a merger with CFC banking limited.

It is a commercial and investments bank licensed by the CBK.

How To Withdraw Membership From Mwalimu National SACCO