Why Buzeki Will not join UDA 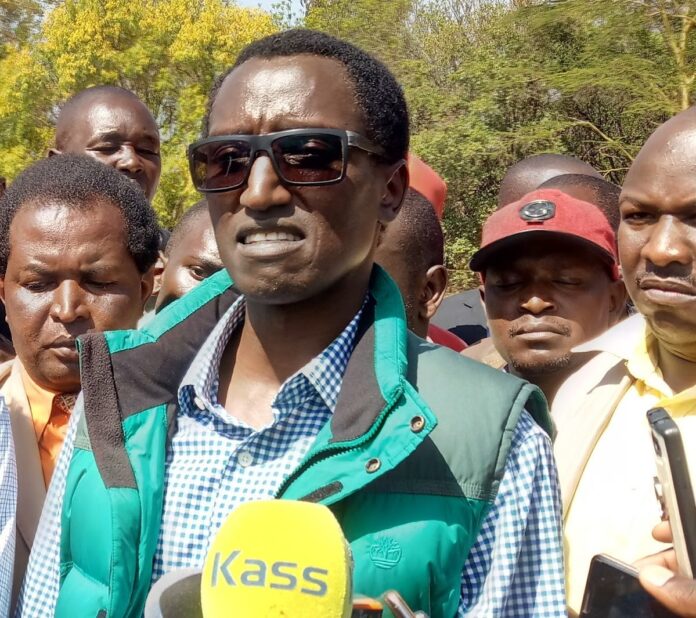 Zedekiah Kiprop Bundotich alias Buzeki made political headlines when he contested for the 2017 Uasin Gishu gubernatorial seat. The fiercely contested election was between Buzeki and the sitting Governor Jackson Mandago, despite not winning, he had made a name for himself.

After he had lost to Mandago after contesting as an Independent Candidate, his relationship with the Deputy President started deteriorating. The cause of their feud still unknown, Buzeki decamped and was seen with Raila sometimes supporting the Building Bridges Initiative. The Billionaire later joined Isaac Ruto’s Chama Cha Mashinani, Ruto later decamped and joined United Democratic Alliance.

It has not been a question of Buzeki vying for the same seat again in 2022 but of the party. Buzeki has to this far not decided on the party he will yse in 2022. Yesterday, it was clear that he was not going to join DP Ruto’s UDA party this is after he alleged bis 2017 election had been rigged. He added that in a number of polling stations, there were no polling papers. The ballot papers he says had been stolen and pre-marked to ensure winning of certain contestants.

Buzeki added that when he want to join the UDA party, he was curious if the problems witnessed in the previous general election will be sorted and he was told to either join the party or seek alternatives elsewhere. It is from this that Buzeki has opted to again run as an independent candidate.

Muthama vows to convert Machakos “Whitehouse” to a referral hospital

Mutahi Ngunyi predicts Ruto will be the next president

Duale has spoken after Ouster as National Assembly Majority Leader